The Good, the Bad and Ugly Bureaucrats 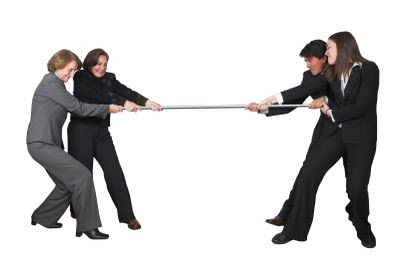 I hate it when people who won’t accept responsibility for what they’ve done. I’ve found whenever I screw up and admit it, it takes the wind out of everyone’s sails and the issue dies down. As I said in an earlier posting, others simply want to find out who is to blame, and once that’s established, they go on about their business. My hero and role model in this regard is a friend, Annie Mar, who worked for the City Water Department. I was working on the Water Department annual report when we met.

It was my first important project for a huge bureaucracy and it was there that I quickly learned about “covering my ass.” In fact, I amassed such an enormous volume of documentation by the time each report was completed, it felt as though several trees had given their lives in the process.

The reason for this was because bureaucrats are fearful people and can only make decisions after first looking over their shoulders to see what other people think. To have an original thought or opinion is to stand out, and people generally want to keep their heads down. So whenever a directive was issued it was necessary to get it in writing and create a paper trail in case anything was ever called into question.

In addition to the annual reports, I had a supplemental contract to design bill stuffers, and worked with a particular bureaucrat named Millie, who took the prize in terms of being a career bureaucrat and mid-management suck up. Millie was almost old enough to be my mother, and was a blithering idiot.

One experience with her involved a bill stuffer I designed about meter readers and how it would be nice if customers kept their dogs locked up so meter readers could read meters without being attacked.

After Millie approved the concept of the artwork, I hired an artist to create an illustration that included a black and white spotted dog with a spiked collar around its neck. When Millie looked at it, she decided the dog’s collar had ONE TOO MANY spikes. This necessitated having the illustrator redo the artwork.

Today this wouldn’t be a big deal, but at the time it was quite involved because he had created an actual pen and ink illustration, with washes and overlays!

After the bill stuffer was finished, I issued an invoice that reflected the charges for Millie’s client-directed alterations. She denied making them. But thanks to the paper trail, the truth was unavoidable. If email had been around then, it would have been even easier to nail her.

But back to Annie Mar...at one point during the process of working on the annual report, some copy had been submitted that wasn’t current, and the files had already been formatted and laid out on the “mechanicals.” Instead of trying to blame someone else, Annie said, “I goofed up and sent the wrong file to you. I’m sorry, but that was my mistake.” I was totally blown away. She restored my faith that there were GOOD bureaucrats among the spineless middle-management suck ups. Miracles can and do happen.