Showing posts from October, 2009
Show all

In Memory of My Best Friend 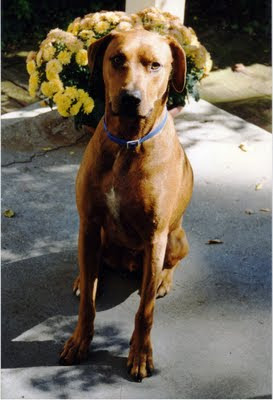 We had the most wonderful dog in the world. It's been 2 years since he died, but I still think of him almost every day. I wrote about it at the time of his death, but shared with only a few people. I'm reposting it now. Rusty was lethargic today and had been increasingly off his food. We were unable to coax him to get up and go outside. He had an accident while lying on his bed. His expression seemed to say it was humiliating to soil himself and couldn’t we see that it was time? When Charley got home from school today, the three of us talked and agreed it was. He no longer had the strength or will to enjoy life. It was around 7 PM when he died. Emergencies delayed Dr. Kelly and his assistant Gail. When they arrived, we talked about what had been happening with Rusty — his decline, increasing seizures (2 last week), almost daily incontinence, loss of appetite, inability to stand or walk, and the faraway look in his eyes. They were kind and compassionate and let
Post a Comment
Read more
More posts