Showing posts from February, 2010
Show all

Tales of a Roadie: Interview with Lance Lambert, Former Band Boy for The Wailers 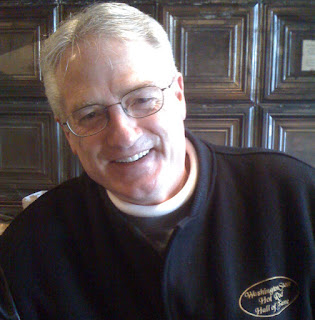 This interview is part of a larger article to appear in Munster Style, a magazine devoted to Kustom Kulture and vintage rock. Paint a picture of what it was like and what that experience was like for you. Starting in about the spring of 1966, they [Sandy Gillespie and Ron Gardner of The Wailers] asked me if I wanted to go on the road early part of the summer and I said yes. At that time the band had three vehicles. They had a new Ford station wagon that had "Wailers" painted all over the side of it. They had an Oldsmobile — it wasn't a limousine, but it was a great big sedan, and they had an Econoline [van] that also has "Wailers" painted on it. So the Econoline had the equipment in it, the wagon sometimes had the band and more equipment in it, and the Oldsmobile had the band in it. I usually was driving the wagon or the Econoline. Anytime I could be in their car and be seen in it, I would jump on it. One time I drove to Owens Beach, Point Defi
2 comments
Read more
More posts