The Reason Men Have Sex on the Brain 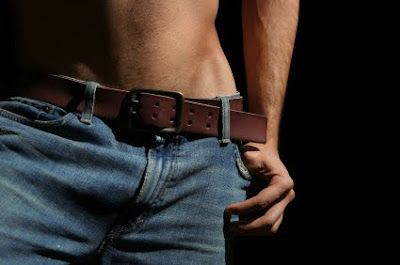 Have you ever noticed how men have sex on the brain? Their preoccupation with women’s bodies — always noticing breasts, how big they are or aren’t, or how how much cleavage is showing, is hard wired. I don’t think women notice stuff like that unless it’s really obvious. Women put themselves on display, but it’s almost as much for the benefit of being seen and admired by other women as it is to be admired by men.

Like the other day when I walked into a jewelry store, the salesgirl had a super low-cut top on with her push-up bra cantilevering her boobs up and out like two scoops of ice cream. They were impossible to not notice. Interestingly, she seemed completely oblivious to the fact that she looked like she was serving up dessert on a tray.

It’s mysterious that there is such a difference in sexual radar. Women are all about relationships and seek human connections and men are more like animals. I’m convinced Sex and the City is popular with everyone because it’s all about relationships, so women like it, there’s usually just enough gratuitous nudity to keep men interested.

Several years ago while pondering the cause of this phenomena, the answer came to me in this theory: The reason men think about sex all the time is because they can’t help it. Their genitalia is hanging and dangling and constantly touching things, and this relentless contact with the “outside world” is a constant reminder that their sexual organs are ready, willing and able. Their eyes and brains work in tandem with what’s in their pants, making for a three-bell alarm when it comes to responding to visual stimuli.

Women’s sexual organs, on the other hand, are buried in the body with all sorts of packing material around them. As a result, the notion of sex has to works its way out and up to the brain.

So this could explain the phrase, "he's thinking with his little head."