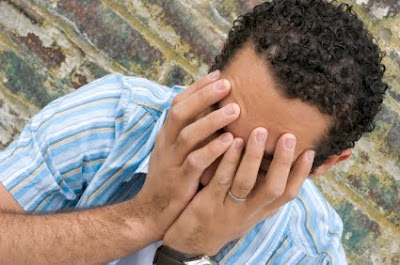 My first office was in the Pioneer Square area of Seattle. One day a writer who recently moved here from the east coast walked in and introduced himself. He was working as a freelance contributor to one of the weekly papers here (also located in my building) to which my business provided auxiliary support.

He was a charming, talented and funny person and we got along terrifically. I loved the sound of his voice and his east coast accent. He was (and still is) a brilliant and quick thinker, and had a great sense of humor. I noticed something odd about him, though, and it was this: the top of his head looked like a miniature orchard.

At regularly spaced intervals, small tufts of hair were dutifully growing, filling in the expanse beginning at the hairline above his forehead. I was really mesmerized by it because I’d never known anyone who’d had a hair transplant, but I was pretty sure that’s what I was seeing.

I thought the hairs that had been planted on his head had come from his pubic area, because his hair, pretty much all over his head, was curly-wavy-kinky. No one ever told me hair transplants were taken from the pubic area, and looking back on it, it was a pretty wacky notion and I don’t know why I thought that. Maybe it’s because it’s a place where not many people would notice if some of it was missing.

He and I never discussed it and to this day it’s never come up.

But one day, years later, I was telling my husband about it. The question, he said, is this: if it WAS pubic hair, would it stop growing when it reached a certain length, or would it grow longer simply because of where it was planted? Which brings up the question of why pubic hair only grows to a certain length? I guess it would be fairly awful it it grew longer, because it would mean there would have to be a hair business devoted to “personal” grooming (beyond bikini waxing). It would certainly paint a new picture of getting a shampoo, cut and style.