Hug Your Kid and Say a Prayer 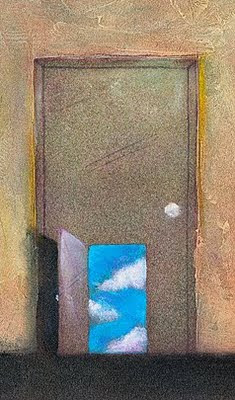 Last night I learned a friend's son was in a car accident and is in critical condition. After a soul-replenishing meal with the Sansei Lunch Club, my BFF Paula wanted to wait until after dinner to tell me the news.

But before she could say a word, I asked if she knew Alexander, son of mutual friends, had just graduated from college last week and that his parents had flown to California to attend the ceremony?

She looked at me and said, "Terri, he's been in a bad accident. They flew to California this morning."

When I got home I asked my youngest son, Charley, if he knew about it. Alexander's dad usually drives their carpool to Google. A sad expression. Yes he knew. It made sense to me now. Charley had driven to work yesterday but I didn't know why.
Trying to make sense of something so senseless, Alexander reeled through my mind as I tried to fall asleep last night. He was my first thought when I awoke.
A bright young man at the beginning of his adult life, his parents were filled with pride last week at his graduation. The pictures on Facebook embody the essence of joy.

I'm often blown away by the generosity of friends and acquaintances on social media, and that's why I'm hoping, even if you don't believe in it, that you'll say a prayer for him. You guys, he just has to make it.

Hug your child. Life is fleeting, and as I've always said to my kids, there, but for the grace of God, go I.

POSTSCRIPT:
Thank you to the friends who responded and supported this blog post. Alexander passed away.


terrinakamura
I like people who are funny and smart. Kindness is good, too.