Who Do You Admire? 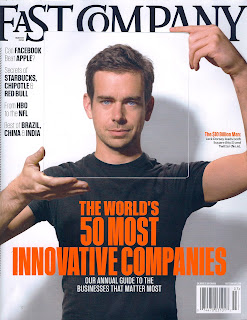 Jack Dorsey on the cover of
- Fast Company -

When I was a kid, it was pretty easy to identify heroes. They were policemen and firemen, soldiers and astronauts. They were President John F. Kennedy, Miss America, doctors, teachers and others who showed courage or strength. They were people who were, in some way, extraordinary.


Jack Dorsey, co-founder of Twitter and founder of Square, is on the March 2012 cover of Fast Company, and seeing him made me wonder — who do people admire today and why? Are entrepreneurs the new heroes?

The fortunes made by innovators today might make a 20-something MBA's heart beat a bit faster because they have realized the American dream — using brains and hard work to achieve success and enormous wealth.

But is the ability to turn ideas into money what we should admire or strive to emulate?

Having aspirational goals propel us to achieve. And the ability to innovate, and at times create a need for things we didn't know we needed, fuels the economy through the creation of jobs and the manufacturing of goods as well as their transportation and distribution.

In other words, innovators make it possible for many people to live and thrive, and we all benefit in some way. But inventing the iPhone, Facebook, Google or Twitter isn't a realistic goal for most of us. 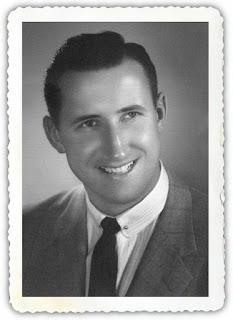 My father-in-law, Rich, was a real hero to me. An ordinary guy with lots of heart, he was a WWII veteran who worked 30 years for Boeing, selling airplanes to Lufthansa, El Al and other airlines around the world.

Shortly before he retired from his very successful career, I remember him telling me it was good he was getting out before anyone "found him out." At the time I marveled that someone who was so good at what he did, was so self-effacing, but it spoke to his character. He was modest, not boastful. He was confident, but not full of himself. He didn't need to throw others into the shadows on his way up the corporate ladder.

By today's standards I wouldn't describe him as rich except by name. He made a very good living and provided well for his wife and 4 children. He lived by example. He was kind. He was generous. And he had a way of making every person he met feel very special.

But today I feel as though many of the qualities and values he embodied, which made him a giant in my estimation, seem low on the list of things people aim to achieve. Because today it feels like it's not enough to simply strive to be a good person.

Who are the roles models of today? I would love to know who inspires you.