Technology to Love or Loathe 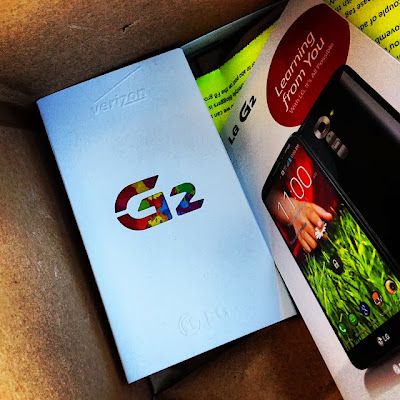 I'm a long-time consumer of new technology, which is unusual since I'm old enough to be the mom of a huge percentage of people on social media!

Many of my peers are befuddled by technology and social media. Some have joined Facebook and Twitter and now blog, and some are now using tablets, smart phones and e-readers. I have been often asked for help and advice.

This year I've had the opportunity to access new products, from portable drives to smart phones, back up batteries and gadgets.

I'm writing this recap of some products I've either purchased, funded, or have been given to test this year. I hope you find some of my opinions useful!

I'm a long-time iPhone user (currently using the iPhone5), but recently was given the chance to use the Samsung Galaxy S4. It was my first encounter with the Android operating system. Those already familiar with Android will find it to be a terrific phone, and if you are into social media, (FB, Twitter, Instagram, etc.) the apps are a snap to use.

Our oldest son has one and loves it. The camera shoots photos with clarity and true color, and for viewing media, the screen is huge. I use my phone as my camera, so I was impressed with the quality of images I shot with this device. Also, the Android Play Store has a ton of applications available. But would I recommend it to my friends? Most of my friends are 40 and older. Even though it is a terrific device, it's really for tech- and Android- savvy people. It is less intuitive, and I think many of them would find it challenging to use.

The second phone I've been testing is the LG G2. It's another phone based on the Android operating system, but for some weird reason, It is much more user friendly. Part of it is because it offers tips that explain how to do things—usually as you are in the midst of tapping, swiping and otherwise trying to figure out how to do something.

You read the tip in context of your actions, and can choose to never see it again, or allow it to pop up again if you find yourself in the same place. There are tons of great features about this phone, including the camera, which is 13 megapixels (MP). Thirteen MP cameras sell for $230 to $1900. Of course a camera phone doesn't have the variable controls of a real camera, but wow—the LG G2 has some pretty amazing features. Would I recommend this to my friends? If they are at all tech-savvy, I would say yes.

I'm one of those people who feels nervous as my phone battery approaches the 20 percent mark. So I've been a long-time user of back up batteries. 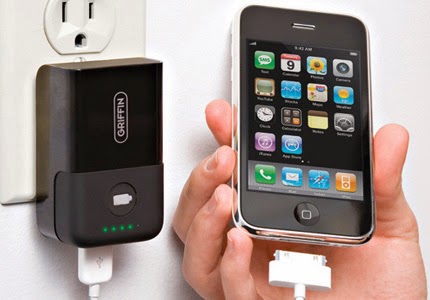 PowerBlock - photo: Griffin
The first I used is the Griffin PowerBlock , for around $50. The great thing about this battery is, it's TINY. You can keep it in your purse or pocket and attach it to your iPhone when your battery is low. It didn't fully recharge my phone, but got me through some close "calls" (so to speak). It's not a serious battery, but good in a pinch. I can recommend it on that basis.

The second, third and fourth are manufactured by NewTrent.

The first New Trent battery was the iMirror (6000mAh) Heavy Duty 2A/1A Dual USB port battery. It's fantastic. So great, in fact, that I purchased several and still use one and gave two to family members. It would fully recharge my iPhone three or more times, and the dual USB ports meant it could also recharge my iPad. 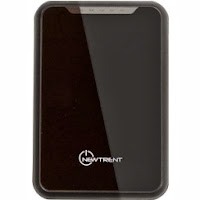 It is relatively small (about the size of an iPhone 4S). In terms of power, it can provide you with about 26 hours of video playback (movie) time. I paid around $80 each at the time, but you can now find them on Amazon for $38. Would I recommend this to my friends? Yes, but New Trent has a newer model that is less expensive and has more power. (see below)

The second battery pack, the iCarrier Heavy Duty Dual USB 5V/3A (12000mAh) was given to me by New Trent as the random winner for a blog post comment. It's a stronger battery that can recharge your phone up to six times, and also allows recharging of both phones and tablets. The problem I have with it is, it's big. 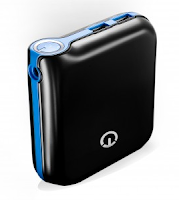 iCarrier - photo: New Trent
I mean, thicker clunkier and heavier. Plus it has an auto-shut off to prevent overcharging your device—which is good and bad. It means it might recharge to 99 percent instead of 100 before shutting down. Would I recommend it? Sure. But just recognize it is a bigger, fatter battery, so make sure you have a big purse!

Powerpak 10.0 Dual USB (10000mAh) third New Trent battery I bought. This is a terrific battery priced at $36.95 on Amazon. This battery provides the equivalent of 43 hours of video playback and is slightly thicker than an iPhone 5 in a Speck case. 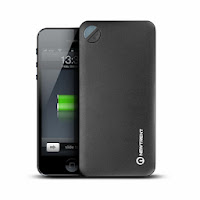 Its height and width are smaller than either the Samsung Galaxy S4 and the LG G2 — in other words, highly portable. It can recharge your phone up to 5 times. This has been an amazing battery.

GADGETS
A couple of cool things I've been given to try include the Belkin NetCam and the Belkin Wemo Switch. Wow. Both of them have been terrific! Both have apps available that you install on your smart phone, and you can control them from wherever you are. 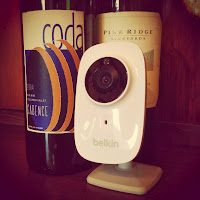 I texted him, "Did you remember to turn the lights on in the dining room?" and he would text back, "Are you watching us on the camera?!" You can set it up to message you if it detects motion. And the night vision is very cool. In pitch-blackness, you can see what is going on from wherever you are. I think this is a really nifty thing to use for home security, or if you're curious to see what your pets are up to while you're at work! 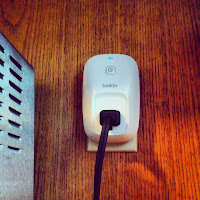 The beauty of both Belkin devices is, you can have multiple devices set up around your home and control them with your phone. I think it's a good value at about $50.

The Ready Case
The Ready Case is something I funded on Indiegogo. I opted for the 16-gigabyte (GB) version. You're probably wondering why I would need to specify GBs for a phone case? 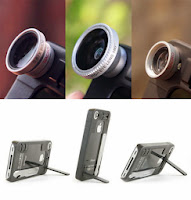 Ready Case - photo: Ready Case
The reason is, the Ready Case offers a lot of features, kind of like a Swiss Army Knife, and it includes a USB flash memory stick that doubles as a stand, several lenses (macro, wide and fisheye), and a combo blade, screwdriver and bottle opener. CRAZY, huh?

I liked the concept of it a LOT, which is why I funded it. But once I had it in my hand, I had problems with it. I loved the memory stick, but had a lot of trouble removing and replacing it. And as far as the multi-purpose blade, I don't know what happened, but it fell off and it's now lost. The case itself leaves an exposed area on the back of the iPhone, which made me feel nervous. It was an opportunity for the phone to be scratched or damaged. The lenses were very cool, though! As much as I love the concept, I don't recommend it.

3-in-1 Universal USB Charging Cable Twice I've been able to buy this nifty 3-in-1 universal USB cablethrough StackSocial. At $19, it's terrific because it works with iPhone and Android devices, and is even compatible with the older Apple devices requiring the 30-pin connectors. 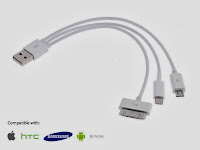 3-in-1 Universal USB Charging Cable - photo: StackSocial
It could be available elsewhere, but I've found some great deals through StackSocial, so check them out for future opportunities to buy this cable!

I've funded a variety of projects on Kickstarter, too. You can check them out, feel free to ask me about them!

Do you wait to adopt, or are you on the bleeding edge? What are your favorite new devices and gadgets? I'd love to know what you're using; what works, and what doesn't!