The End of a Fish Tale

This morning, in typical fashion, our silver tabby, enjoyed his favorite pastime, watching our goldfish, Gil.

I recently received a Nokia Lumina Icon from Verizon Wireless, and took the opportunity to record a video of them together, then shared it on Facebook.

It turned out to be the last video taken of him while he was alive, because Gil died tonight. He was 17 years old.

He came to our home in a bag filled with 25-cent feeder goldfish we purchased to feed our pet tiger salamander.

It all began when our oldest son, Andrew, was in the seventh grade, and decided he wanted to create a "stream" as a biology project. We started with a single tank, rocks, sand, and a pump to create a waterfall and eventually had three fish tanks populated with frogs, toads, salamanders, newts, snails and more!

Then unexpectedly, the salamander metamorphosed from aquatic to terrestrial, and would no longer feed under water. And when that happened, we had one feeder fish left — Gil. 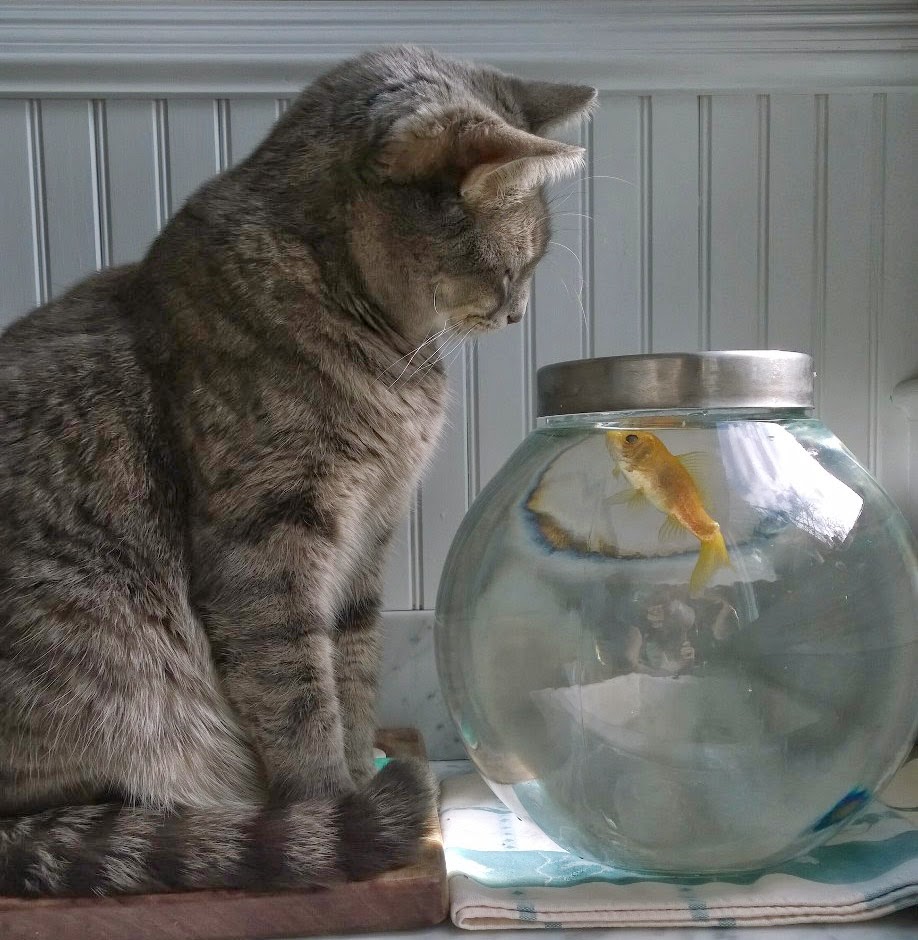 Gil was a survivor. On February 28, 2001, the Nisqually earthquakeshook Seattle. Gil, our dog Rusty, and I were in the kitchen as cabinet doors flew open, light fixtures swayed and the house shook. Water from Gil’s bowl splashed its way onto the counter and into the silverware drawer.

He survived the introduction of two kittens to our household. Hunter had no interest in him, but Grey decided Gill was the most fascinating show on Cat-TV.

Gil lived through Andrew’s four-year absence at West Point, and deployments to Iraq, Kuwait, Afghanistan and South Korea. And he lived long enough to see our youngest son, Charley, graduate from the University of Washington, and move out on his own.

Gil greeted each day with enthusiasm. He wasn’t fancy, but he was quite handsome when the sun glittered on his orange scales.

It's kind of weird to feel sad about a goldfish, but I am. I'm grateful to him for providing us with his cheerful presence the past 17 years.