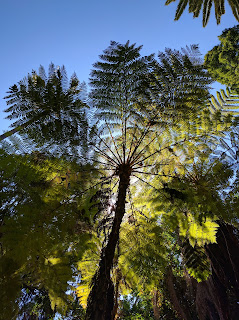 Fern tree across from the hotel


Okay so some of you guys know I went to Los Angeles last week. There are more details about the gathering I attended on my other blog

American Express made it easy to get my flight using miles, but booking a hotel was an adventure. I looked and looked, using many of the usual sites and didn't feel like there was a significant difference between them. It's not as simple as it should be.

Basically, I know nothing about LA, so didn't feel like I could find a place on AirBNB and confidently know it would be convenient in terms of getting to the W Hotel in Westwood—the venue of the #140confLA event. So I tried to find a reasonably priced room in the W Hotel, which is across from the Mildred E. Mathias Botanical Garden at UCLA. (BTW, there wasn't a reasonably priced room, but I bit the bullet and booked it anyway since the event was taking place there.)

Being a little bit nervous traveling by myself because I usually have my trusty Sherpa a.k.a. husband David Horsfall with me, I wasn't sure how to get from the airport to the hotel. So I called the hotel and I asked them what was the easiest way to get there from LAX? One person at the W suggested I call Uber; another person at the W said they didn't think Uber went to the airport, and suggested a taxi, and finally the third person suggested taking a shuttle from LAX to the hotel. So I went online and found the shuttle's website was kind of broken, and trying again when I went to our storeand I was able to reserve a ticket and it looked like it was all good.

It'd been a long time since I've flown on Alaska Airlines because back when I was doing a lot of web-press printing, I frequently flew back and forth between Seattle and Portland on Alaska for press checks. (Press checks involve the designer going to the printing plant to view and supervise the quality of a project being printed.)

Over the course of maybe 10 trips from Seattle to Portland and back, I was pulled out of line and searched every flight, because as everyone knows, I look exactly like a terrorist. I wrote a letter to the president of Alaska Airlines, who said there were reasons why I was "selected" for the experience of being embarrassed and handled by people prior to every flight, but I never got an adequate explanation. So I stopped using their airline for about a decade.

Anyhow. the experience I had on Alaska Airlines was very positive this time. I was happy, and it seemed like a good omen.

The flight from Seattle to Los Angeles is about two hours and 45 minutes. Alaska checked my carry-on bag because the flight was full, so after landing, I picked up my rolling bag and headed out to the transportation area.

It turned out I'd just missed the shuttle, so I had to wait more than an hour for the next one. Drats! But I wasn't in a hurry — just tired and hot. When the shuttle finally arrived, I asked the driver if they stopped at the W Hotel, and she said yes. So I boarded and was on my way.

It took about 45 minutes to get to the W from the airport because of traffic. I walked into the lobby and the three people at the desk were (to quote Meryl Streep's character in The Devil Wears Prada) "moving at a glacial pace." After 10-15 minutes, someone finally helped me. But in searching for my reservation, it wasn't to be found.

She called the "other W" hotel, in Westwood (at this point, I had no idea where I was or that there were TWO "W" hotels) and they confirmed my reservation was at the other one.

So I summoned an Uber, and within a half hour, I finally arrived at the hotel, more than three hours after I'd landed at LAX. This means it took longer for me to get from LAX to the W Hotel than it took to fly from Seattle to Los Angeles!

Hot, tired and exhausted, I checked into a room that was large enough to house a family of 4. It was freezing cold, but a pleasant change from the outside temperature. I showered, changed, then went to the lobby to meet Marsha Collier and her husband Curt. We both had looked forward to that moment, so it was amazing and great to finally meet in real life!

The #140confLA event was attended by a ton of people. At the end of the evening, I took the elevator up to my room, opened the door, and was hit with a blast of cold air.

Fiddling around with the thermostat, I was unable to adjust the temperature. I took a hot shower to warm up, but found myself shivering under the covers, even after piling the extra down pillows on top of myself for warmth.

I called the front desk around midnight and explained the situation. A nice maintenance man came up, armed with a space heater. A SPACE HEATER. In the W Hotel. I mean, was this room really worth $400?

The space heater remained on all night and throughout the morning while prior to my departure. When I got back to Seattle, I received a questionnaire from the hotel. I had some major issues, like, why doesn't the hotel have a standard recommendation for transportation for hotel guests? And why isn't the desk staff on the same page? The front desk person at the WRONG W hotel told me this mishap happens frequently. Um. Doesn't this protocol seem like something that needs to be fixed?

They took note, and the W made a gesture of peace by offering me another night there. I don't know if it will make sense to stay there the next time I go to LA, but I sure hope they get it together by then.

As my friend Reg Saddler says, it was a case of "first-world problems." 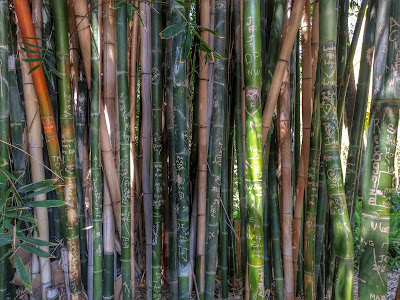