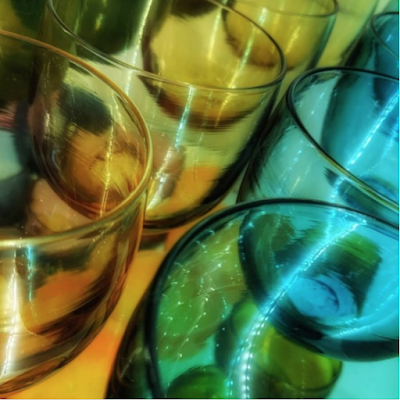 Its funny how memories work.

Six blocks away from me is the flagship Glassybaby store and hot shop, where glass blowers are busy creating art and beauty for a cause. About a month ago I shared a photo of a glassblower at work there. 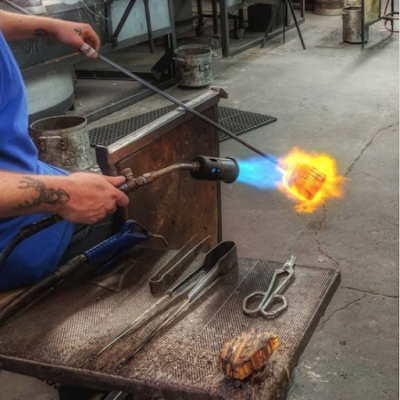 Visiting the store this week reminded me of an adventure a number of years ago when my husband, David, and his friend Laurie, and I wandered from breakfast to Donna Karen's Urban Zen center in the West Village of NYC. Laurie invited us because she thought we would enjoy meeting Deepak Chopra and Ariana Huffington. We were in New York on vacation, and thought, "Why not?"

On the way there, we came upon a Glassybaby store! It wasn't open, so we didn't stop, but Glassybaby In NYC!? What was it doing here?!

Apparently New Yorkers had the same question. I just read a case study about the store location which has been closed.

The failure was attributed in part to customers' lack of understanding about the story behind the brand. To New Yorkers, the handblown votives and glasses were overpriced tchotchkes.

The truth is, Glassybabys are an extravagance. But for $40 USD you get a unique work of art (no two are the same) and a portion of each sale is donated to cancer research and related causes.

Tomorrow marks my 12th anniversary of beating breast cancer! I realise this has been a bit of a shaggy dog story, but the happy ending for me is, I'm still alive.

I'm grateful for the care I received from Dr. Julie Gralow and the amazing team at the world-class Seattle Cancer Care Alliance (SCCA).

I love the fact that SCCA is one of the recipients of more than $2 million donated so far by Glassybaby.

If you are also a cancer survivor, congratulations! Each day is a new triumph! 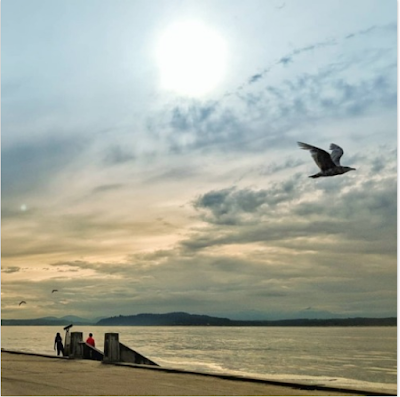