I’ll never cease to be blown away meeting tweeps in real life. Thanks to @kirste (Kirsten Mitchell), who told me about the #SM201 conference, I met a ton of people at the tweetup I would otherwise not know—including some of the conference’s top-flight speakers.

It was especially fun to meet dynamic afternoon keynote speaker, Chicagoan @williger (Darren Williger), who gave a fascinating, fun and informative presentation spanning the days of bulletin boards (the first engaging social media platform) to the present. He also shared some cool information about tools available that can aggregate all of the social media streams we populate. Also great to connect with were morning presenter @Uschles (Udi Schlessinger), who talked about intelligent tool building; @mikewhitmore (Mike Whitmore) of Fresh Consulting; and afternoon panelist @digitalkvan (Nadia Aly) of Microsoft. Can I just say all of them were just terrific, not to mention friendly and nice?

The lounge at the Belcarra Apartments was lush and inviting, and the food by Russell’s Dining (Bill Gates’ favorite caterer) was fantastic. With all of the talking, shaking of hands, iPhones, Blackberrys and Droids, one thing I noticed was, people still exchange business cards.

In this digital, “wannabe paperless” age, there is still something nice about the tactile and physical experience one has receiving an attractive business card. And it doesn’t seem so “wrong” because it’s such a small piece of paper. To a graphic designer it’s a good thing, because it demonstrates the importance of investing in the creation of identities and branding, and the natural extensions to web and other collateral.

There were a few people and companies there who understood the importance of first impressions, but they were the exception rather than the rule. I noticed a number of the cards opted for a generic “template” look. Cards are reflections of each person and their companies, so it’s curious why cards would be treated like such an afterthought. Two of the speakers had run out of them altogether.

The conference offered a wealth of in-depth information on a broad range of topics. The more exposure I have to social media events such as #SM201, the more I learn and the more enthusiastic I become about Twitter. Is it just that I’ve been drinking the Kool-Aid? I don’t think so. Twitter brings like-minded people together, and I’m looking forward to meeting more of them. Just don’t forget your business card! 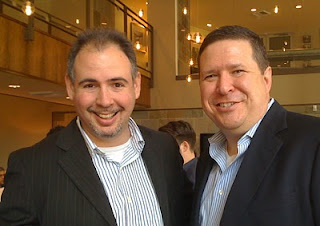 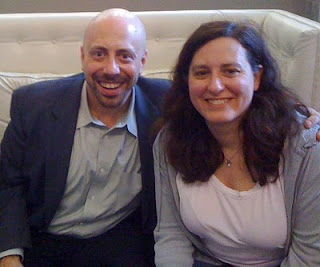 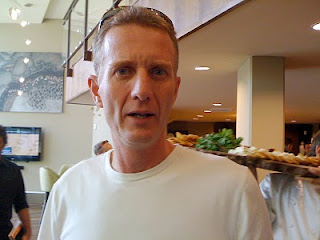 A nice recap of Social Media 201 by Udi Schlessinger @uschles